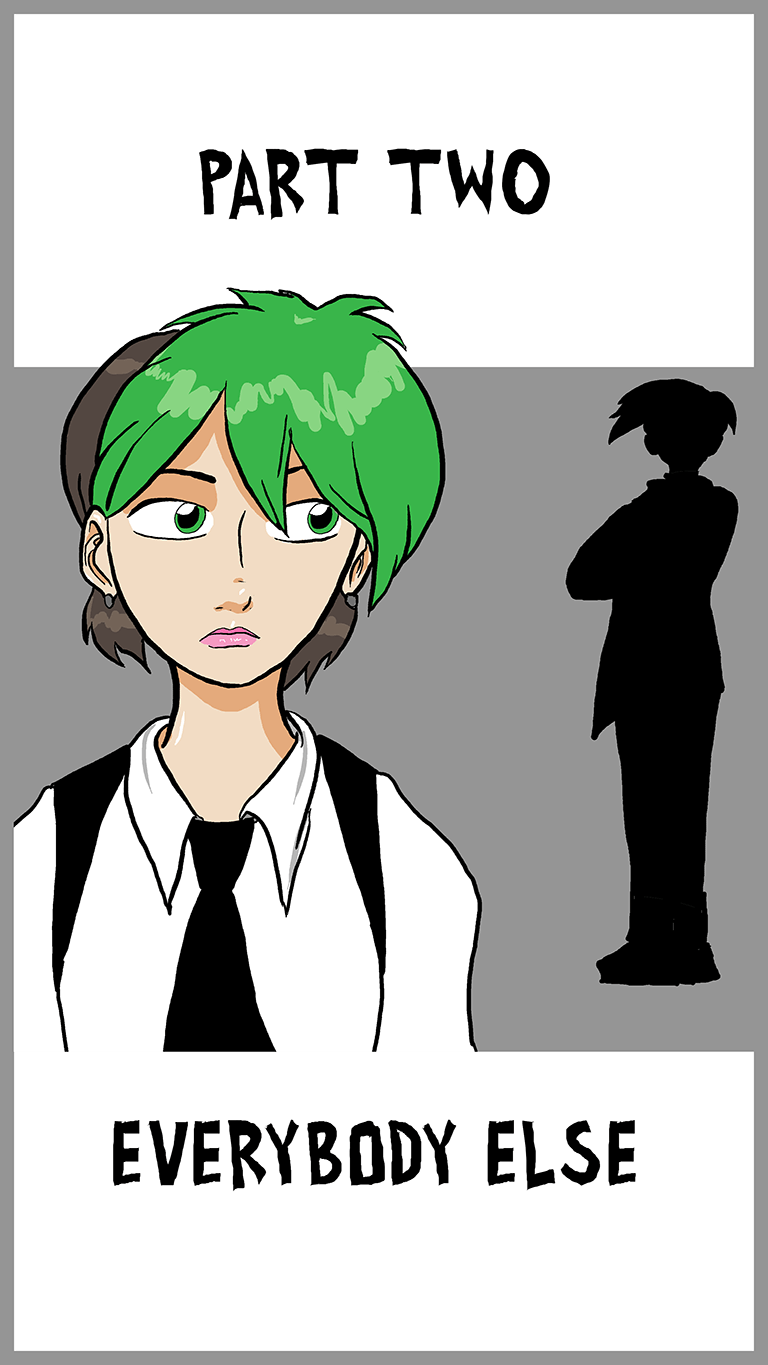 As the first portion of the comic dealt with introducing Charles Smith, this second portion deals with everybody else.

Again, the visuals for the cover page follow the same theme: Sherman in the foreground, in color, looking toward Charles, not in color.  I hope I’m not being too terribly blatant about it, but you might almost get the impression from these two layouts that Sherman is something of the comic’s protagonist, even if her name isn’t on the feature.

Nah, that’s stupid.  Who’d be so eminently lame as to  make the antagonist the main character?

At any rate, let’s see what happened to the governor of (the state that refused to allow itself to be identified for this tale) after storming back into the governor’s mansion following a stellar performance at his press conference.